More people will be needed to digest the vast amounts of data generated from the floor as manufacturers pursue AI and automation, dispelling the notion of job loss.

The emergence of an advanced plastic manufacturing plant in Brookneal, Va. tells a story about the impact of AI on small manufacturing firms.

Local entrepreneur Hugh E. Williams started American Plastic Fabricators to shape small plastic parts needed by a range of customers. Eventually the company became competitive in the manufacture of polyethylene and high-density plastics fabrication. The plant was visited recently by Kevin Scott, the CTO and executive vice president of AI and research at Microsoft, who grew up with Williams in the area.

On the day Scott visited the plant, one of the workers was using a sophisticated milling machine controlled by a computer to create an intricate piece for Disneyland’s Jumpin’ Jellyfish ride, according to an account in Wired. 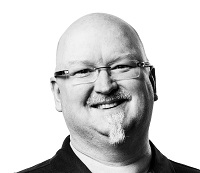 Disney sent the specifications electronically, workers programmed the machine, “And voilà, one by one these young workers carve plastic into industrial works of art,” stated Scott. “A machinist’s diploma from Southside Virginia Community College and a little on-the-job training can land a person a well-paying job in a small town that was once counted out.”

The area has in the past been home to primarily tobacco farms, textile mills, and furniture manufacturers. “Microsoft data indicate that manufacturing is among the fastest-growing segments for AI talent and skills,” stated Scott, who is author of the book Reprogramming the American Dream: From Rural America to Silicon Valley—Making AI Serve Us All.

While many US manufacturing jobs have been lost in the last several decades, “In Brookneal and across the country, in rural and urban settings alike, new manufacturing jobs are being created because AI, robotics, and advanced automation are becoming more capable and cheaper by the day, making it feasible to build things in the US and other markets where labor costs are high,” Scott stated.

A transition is taking place. “Microsoft data indicate that manufacturing is among the fastest-growing segments for AI talent and skills,” stated Scott. “AI, robotics, drones, and data will continue to augment, not replace, workers in communities like Gladys and Brookneal for generations to come.”

How An Engagement With an AI Vendor Usually Begins

Manufacturers considering how to incorporate AI may encounter what one account described as the “three myths:” AI is expensive; a team of experts is needed; and your company is not ready for AI.

However, AI can be introduced in small ways, many vendors do not require staff expertise and issues such as the source of data can be addressed in an AI action plan, suggests Melissa Steinkuhl, regional VP for the South Carolina Manufacturing Extension Partnership, a non-profit that serves as a resource for South Carolina businesses.

“An engagement with an AI vendor usually begins with an assessment to analyze machines and data being collected,” Steinkuhl stated in an account in IndustryWeek. “The vendor will cleanse existing data and run it through models to see what can be learned. The vendor may recommend adding sensors to fill any gaps in data.” If older equipment does not have adequate sensors, affordable aftermarket sensors are available.

A successful AI implementation requires a specific and measurable problem to solve with demonstrated ROI, the data related to the problem; and buy-in from needed executives.

“A manufacturer’s operations and IT teams must work closely together with a vendor in order to optimize the implementation,” she suggested.

AI is likely to become standard procedure at small manufacturing companies, who are likely to see improved first-pass yields, more consistent quality and better forecasting. AI in manufacturing is predicted to grow by more than 50% annually through 2027. “Many manufacturers with fewer than 50 employees are jumping in,” Steinkuhl stated.

Fears that AI and Automation Will Replace Workers Seen as Unfounded

The manufacturing industry is facing a talent shortage. Data from Deloitte shows that by 2025, the manufacturing skills gap will widen, creating the need for 3.4 million skilled workers, with two million of those jobs potentially going unfilled, according to an account in ReliablePlant.

While some fear automation and robots will put manufacturing jobs at risk, the writer of the account sees it differently. “Human beings will always be a necessary part of the manufacturing process,” stated Prateek Joshi, founder and CEO of Plutoshift, a company offering performance software monitoring for the process industry. This includes water, food, beverage, and chemicals. He is an AI researcher, author of eight published books, and a TEDx speaker.

“As facilities continue to evolve and connect more of their assets, people will be needed to digest the vast amounts of data generated from the floor, so they can build things faster, better, and cheaper” Joshi stated. “In order for them to do this, that data will need to be converted into information that is digestible by a person. Artificial intelligence (AI) can help with that.”

The alternative for performing a similar function without the AI would call for one or more of the manufacturing company staff to learn how to gather data from multiple database systems, connect it together and determine what data to investigate further. That data would then be extracted manually using spreadsheets to determine the results. “The process would be cumbersome, tedious, and very error-prone,” he said. The workers would likely run out of patience and time by the time the data was prepared for analysis. “With the help of AI, these individuals can spend their time drawing useful intelligence from that data and putting it into action, instead of spending their time manually crunching numbers,” Joshi stated.

Recent research by AT Kearney, the global management consulting firm, partnering with Drishti, consultants who work with manufacturers to drive digital automation, further dispelled the notion that AI and automation are taking jobs from people. The report entitled “The State of Human Factory Analytics,” based on responses from 100 manufacturing leaders, found that 72% of manufacturing jobs are still performed by people, and those people drive three times more value than their machine counterparts.

“Even with more parts of the manufacturing process becoming automated, no machine will ever be able to replace human judgement and intuition,” Joshi stated.

Read the source articles in Wired, IndustryWeek, in ReliablePlant and in  “The State of Human Factory Analytics” report from AT Kearney and Drishti.